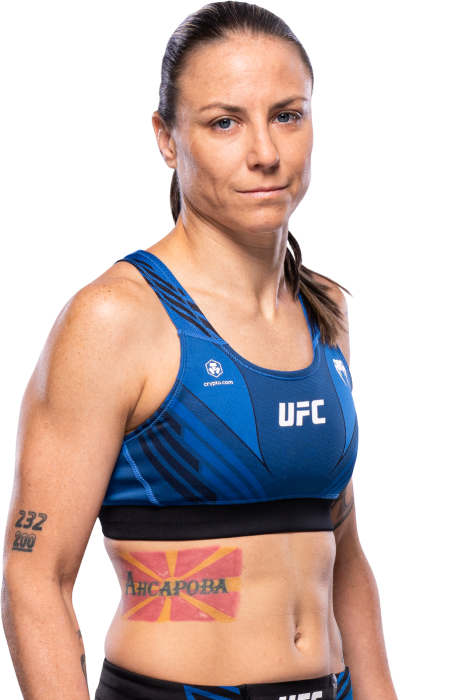 TRAINING: Training is different every day. I work with several different coaches and put in at least two sessions per day.
When and why did you start training for fighting? I started in taekwondo when I was six, then stopped for a little. I started an interest in MMA in 2008 as a way to lose weight after putting on a little from a bad motorcycle accident.
What ranks and titles have you held? 3rd degree black belt in taekwondo. Purple belt in BJJ
Do you have any heroes? My Dad
What does it mean for you to fight in the UFC? Everything. It was a career saver.
Did you go to college and if so what degree did you earn? Yes. I went for Psychology after earning my Associates in science and stopped just short of my bachelor’s due to an accident.
What was your job before you started fighting? I worked in a bank for a couple years and was a part-time Nanny.
Favorite grappling technique: Guillotine
Favorite Striking technique: Hook