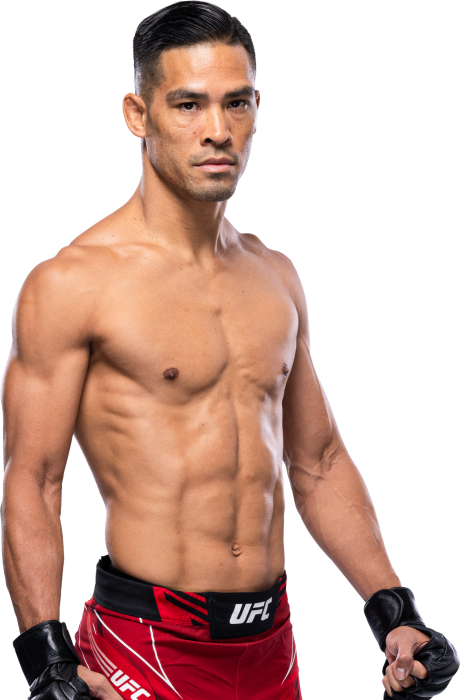 When and why did you start training for fighting? I started doing MMA as a different form of exercise. I decided to do my first amateur kickboxing match out of peer pressure. After beating some of the local talent here in Hawaii, people wanted to see if I could transition to MMA.
What ranks and titles have you held? Ranked No. 10 in the world back in 2012. No. 1 flyweight in Hawaii.
What does it mean for you to fight in the UFC? It's a lifelong dream to fight in the Super Bowl of MMA. I can finally check that off my bucket list.
Did you go to college and if so what degree did you earn? I graduated from the University of Hawaii at Manoa in exercise science.
What was your job before you started fighting? I was a full-time student when I started mixed martial arts.
Specific accomplishments in pro competition? Knocked out former Bellator bantamweight champion Eduardo Dantes and also the former No. 1 UFC contender, Ali Bagautinov.
Favorite grappling technique: Any position to knock you out
Favorite Striking technique: Knock you out